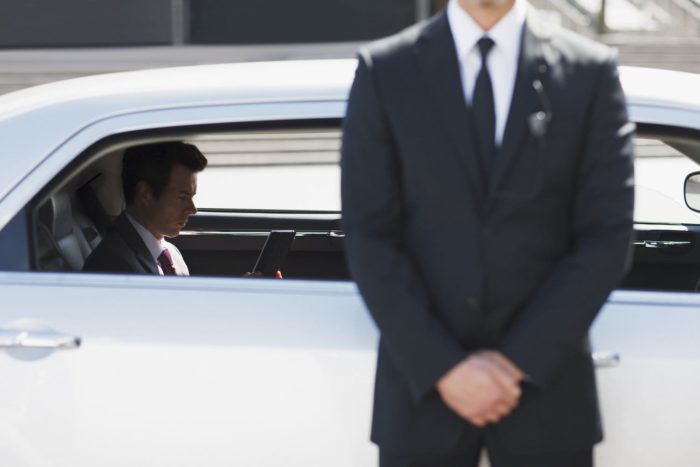 In recent years, quite a few articles have been published about CEO protection and how much money different corporations spend on it. Forbes might have been the first to get this trend started with this (somewhat dated) article. CNBC discussed the issue back during the healthcare debate, and Fortune Magazine put out a piece about it a couple of years ago. But the champion in this field has to be Business Insider, which focuses primarily on the tech sector, and seems to enjoy the idea of ranking CEO security expenditure. They’ll occasionally even pick on specific executives, like Sergey Brin, Mark Zuckerberg and Evan Spiegel.

The subject of corporate executive protection seems to have struck a certain chord with the general public in recent years, and this, in my opinion as an industry professional, is a great thing. But unfortunately, pretty much every one of these articles (there are many more than the ones I’ve mentioned) has at least two general problems—one minor and one major.

The minor problem is that the figures they show for corporate expenditure on CEO protection all come from the Securities and Exchange Commission (SEC), since publically traded corporations have to disclose annual security spending that exceeds $10,000. The issue here is that much, if not most, of the spending on executive protection comes from private accounts or family offices that are owned by the executives (and therefore don’t get to the SEC). This means the articles only give a partial (and in some cases, grossly underestimated) picture of the actual spending. I call this a lesser problem because it results from an insufficient amount of data, leading to wrong conclusions—which is an innocent mistake.

What I describe as a major problem are the not-so-innocent, false claims about the protection industry and the executives that employ it. It usually comes down to security being depicted as an ostentatious perk for corporate elitists, rather than an unfortunate necessity for people under a great deal of risk. I can maybe give the benefit of the doubt to those who don’t understand the subject of security risk management, but what’s inexcusable are the common implications that the executives who receive this type of protection only do so out of paranoia or delusions of grandeur (or both), and that there’s something sinister about the security industry.

Perhaps the worst article I’ve seen in this respect was the recent one by The Register, which goes so far as to rank executives on a paranoia scale (nominating Mark Zuckerberg for first place). This piece was so preposterous, and so intentionally insulting to executives and to the protection industry, that I felt I simply had to say a few things.

First, I want to address the idea that there’s something surreptitiously sinister about the high-level security that billionaire executives receive. To a certain degree, I get it. With so many movies and TV shows spinning ominous tales about it, it’s not surprising that lots of people believe corporate interests, wealthy individuals, and private security must, by definition, be up to no good. So let’s clarify a few things:

As for the executives who employ us, many people tend to assume that these individuals must live in a bubble of security, or otherwise lead some kind of high-tech, James Bond villain lifestyle. Hollywood has definitely played its part in perpetuating this notion, but the funny thing about this hype is that the reality (or at least everything I’ve seen in over a decade) would both disappoint you and completely blow your mind at the same time.

I say “disappoint” only in reference to Hollywood’s glamorized depictions. In reality, it’s actually kind of reassuring to discover that some of the most famous and influential people on the planet lead largely normal lives. It may surprise many people to discover that multi-billionaires—some of whom head the largest and most important Silicon Valley corporations—drop their kids off at school in the morning, get their coffee at Starbucks and go home to their families at the end of the day, just like everyone else.

And though there are those who do indeed enjoy basking in their fame and fortune, most executives I know prefer to simply be left alone to live a quiet and normal a life. I can also tell you that most of the CEOs that are featured in the above articles were extremely reluctant when it came to implementing security measures, and many resisted it as long as they could.

However, since these individuals become so important to their organizations, and since they suffer from such elevated levels of risk, they had to accept their fate, and employ quite formidable protective measures. The irony in the above articles is that though they try to hype up and inflate the subject of security, the reality is that many executives receive a level of protection that far exceeds what you read.

To me, one of the most interesting things (even entertaining at times) comes from seeing the contrasts that exist within in the lives of many executives. For example, some of these individuals will go unprotected to their children’s school plays or to community center functions, but at other times be surrounded by advanced security technology and covert protection that exceeds what you see in most Hollywood movies. If you happen to find an irony or even a paradox in any of this, then let me welcome you to the crazy world we live in.

Much of what I try to do in my writing is share, demystify and better communicate what we do in the private security industry, so that non-security professionals can better understand it. Popular articles about executive security and close protection can be a great thing, but making purposely insulting claims about the industry and the executives who make use of it, only deepens the divide—making it less likely that anyone from the industry would be willing to collaborate and share their knowledge.

There’s no shame in not knowing something. All of us are ignorant about most things there are to know in the world. The awareness of one’s absence of knowledge is what’s known as Socratic Ignorance, and is the cornerstone of any honest attempt to gain more knowledge. This makes it all the more tragic when media outlets claim to know more than they do, insult those who do have the knowledge, and ensure that they—and anyone they reach—will remain in a state of ignorance.

An industry as interesting and important as this deserves to be better represented, and readers who try to find out more about it deserve to be better informed.

Ami Toben is the author of Surveillance Zone, the owner of Protection Circle and the director of consulting, training and special operations for HighCom Security Services. He specializes in terrorist activity prevention, surveillance detection, and covert protective operations.
Born and raised in Israel, Ami has over 15 years of military (IDF) and private sector security experience. Currently based in the San Francisco Bay Area, Ami has been providing high-end protective services to Fortune 500 corporations, foreign governments, foundations, nonprofit organizations and wealthy individuals.